A space made to call friends that became a business. The story of Biboca Diagonal, a bar inspired by the Harry Potter theme that operates in Balneário Pinhal, on the North Coast, began like this. The couple Fernanda Postichil, 47 years old, and Alex Borba, 42, opened the space to receive friends, but, over time, more customers arrived and the operation that previously had only four tables, now has capacity for more than 100 people . The name is notable for being different. For those who don’t know the Harry Potter saga, it’s even strange, say the partners, but it’s a direct reference to the moment when Harry pronounces the name of Diagon Alley wrong, saying that he wants to go to Biboca Diagon.

Alex is a nursing technician and Fernanda is a public servant, a position she still holds, combining work obligations with the restaurant’s administrative duties. “We wanted to have a separate, differentiated space to gather friends, so much so that we practically started with a kiosk. We had a kitchen, a bar, and four tables. The Harry Potter theme came because, back when there were video stores, Alex brought the first movie and the whole family liked it. We started buying books, watching movies, we were always very passionate about history, so it was quite natural when we thought of doing something with a theme”, explains Fernanda, who remembers the first equipment bought for the business, a second-hand plate that it cost R$ 100.00. The other utensils were all for the couple’s personal use, such as the stove and refrigerator. 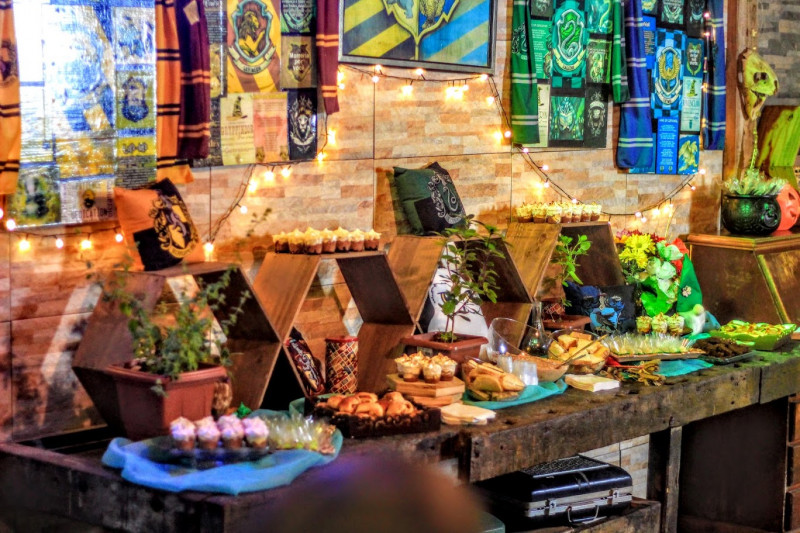 The partner says, with pride, that friends who went to the space started recommending it to other people, and some tourists passed by and were interested. So the business ended up growing naturally. The doors of Biboca were opened in January 2019, and the couple says that the intention is to make people feel good and relaxed. “We made a garden, with a lake, on the side of the Biboca building, and the idea is for people to come in, take off their shoes, stand on the ground and enjoy the place”, comments Fernanda, “We want people to feel comfortable, to feel at home.”adds Alex.

The partners comment on the difficulties faced during the pandemic period, which arrived at a time when the business was starting to grow. “It was very complicated, we had to invest a lot, buy equipment, and, due to the pandemic, the return was not ideal”, says Alex. Fernando explains that Biboca remained closed for a period, due to care for customers and family members. “After a while, the alternative we found was to put acrylic partitions, Biboca’s rooms are long, so we managed to place these partitions, as if they were individual rooms for each table, and we reopened with a series of restrictions”, says Fernanda, saying that it was cool to see the interactions that took place between customers, who, according to her, accepted this alternative well.

On the restaurant’s menu, you can find hamburgers named after Harry Potter characters, pastas, seafood and risottos, as well as drinks with copyright recipes.. For the coming years, the intention is to expand the business even further, creating an inn, also themed to the fantasy series, next to the restaurant, so that customers who want to know the place, have an even more magical experience. The business is at Rua Mariluz, nº 245, in Balneário Pinhal, and is open from Wednesday to Thursday, from 8:30 pm to 10 pm, from Friday to Saturday, from 8 pm to 11 pm and on Sundays, from 7 pm to 10 pm. 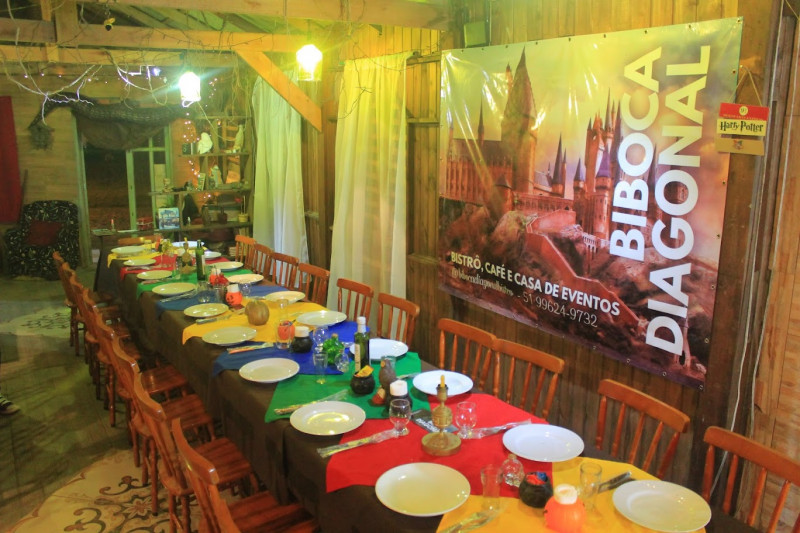