AKP Spokesperson Ömer Çelik, who made evaluations about the agenda in a television program he participated in, said, “A small update is being made. This does not mean an early election. Considering the travel intensity at that time and the mobility of our citizens in the country, if this is resolved without any issue from the Parliament. The problem is solved anyway. If not, our President will use his authority.” he replied.

AKP Deputy Chairman and Party Spokesperson Ömer Çelik answered questions and made statements regarding the agenda in his live broadcast.

“IF IT IS NOT RESOLVED, OUR PRESIDENT USE THEIR AUTHORITY”

AKP Spokesperson Çelik said, “Can we say that the election is now on 14 May?” “It is now finalized.” gave the answer.

Regarding the election, “Is there a meeting with the opposition to take a decision from the Parliament, or will the President make this decision?” Celik gave the following answer to the question:

“Turkey is a country with democratic experience. A minor update is in progress. This does not mean an early election. Considering the travel intensity at that time and the mobility of our citizens in the country, if this is resolved without any issue from the Parliament, the problem will be solved anyway. If it is not resolved, our President will use his authority.”

Stating that President Erdoğan gave the necessary signal regarding the election date, Çelik stated that Turkey has the authority to carry out this election with great experience, maturity and calmness.

Çelik said that they condemned, cursed and found shameful the expression “Sinan Ateş, whom you had the bag dealers killed” by CHP Chairman Kemal Kılıçdaroğlu regarding the murder of Sinan Ateş.

Stating that a murder was mentioned here and that the state’s courthouse and security were at work, Çelik said, “Mr. Kılıçdaroğlu sometimes puts himself in the courthouse, sometimes in the army, sometimes in the judiciary. He threatened many people in his group speech yesterday, ‘If you vote for the AK Party, both my hands are on your side.’ from saying. The only person that Mr. Kılıçdaroğlu will cling to is himself. There is no such threat. We will not allow this as long as we exist.” he said.

Celik, AK Party Deputy of the Army Senel Yediyıldız, “We need to lick Erdogan’s shoes with our hands,” was asked, “This statement is a wrong statement. Our group leader talked to him. It is an expression that is not in our style, in our values, and that we will not accept as a political or cultural expression.” made its assessment.

“Do you plan to show a joint list with the MHP in some critical provinces?” Çelik answered the question as follows:

“It is going very well between our president of election affairs and our friend who is the head of election affairs in the MHP, in line with the will of the general presidents. Very harmonious and agreeing very quickly on principles, completely focused on the election. There was no agenda related to this issue you mentioned. It is evaluated when there is an agenda.”

“NO DEMOCRACY ALLOWS SUPPORT TO TERRORISM”

Çelik said that terrorism is a red line for all democracies regarding the closure case against HDP.

Underlining that such a mechanism, which works when the ways of political participation in the parliament are open, should not be in the form of politics that stand side by side with terrorism, Çelik said, “The whole world stood up, all of Turkey stood up. We thanked CHP and IYI Party. There is a picture here, no democracy allows to support terrorism.” he said.

Emphasizing that terrorism is a crime against humanity, Çelik said, “You will make a statement saying, “We leaned against the terrorists,” and then you will say democracy, rights and law. There can be no such hypocrisy.” said.

“There will be a 6-table meeting on January 26. Maybe after that meeting they will announce when the nomination will be announced? As the AK Party, how do you observe these developments?” On the question, Çelik said, “Probably, they will announce their candidates in July. After the election. I have never seen such an apolitical process in Turkish political life. There are so many meetings. In fact, a consultation meeting is held to consult. ‘How will we do the next consultation?’ saying.” made its assessment.

“This is not politics. The emerging model is a model that will make the nation pay a price for each party leader in the six-table to protect his own position. These models are not produced for the nation, for the citizen. This table was produced about how to establish the balance of power between the six table actors. This model aspires not to rule the nation, but to rule the six table.”

Expressing that it is no longer a matter of curiosity who will be the candidate for the six-tee table, Çelik said, “What would you say if Kılıçdaroğlu was a candidate?” In response to the question, “It doesn’t matter to us.” used the phrase.

Stating that they want the bill that brings constitutional guarantees to the headscarf to be passed by the Parliament, Çelik said, “There are some deficiencies and gaps in expression in these drafts and proposals that come before us that could be used maliciously for the future or that could reopen the wounds inflicted by this issue in the past. ” made its assessment.

“A GENERATION’S LIFE HAS BEEN BLACKED DUE TO ITS FAITH”

Reminding that the opposition thinks that the expression “religious belief” in the AK Party’s proposal will cause problems in the future, Çelik said:

“The entry of headscarved young girls to school in Turkey, ‘They prefer the headscarf because of fashion. So let’s ban it, it’s not good fashion’? Or was it done because they covered it because of their religious beliefs? We do not live in space, we do not discuss this in an abstract society and an abstract country. Let’s talk straight. Then there are things done. The life of a generation has been darkened simply because of their religious beliefs, because they wore headscarves. Their dreams, their schools, their education, their future were stolen.”

Regarding the possibility of the proposal not being passed by the Parliament, Çelik said, “They fall into a great contradiction. The task of the Supreme Assembly is to manifest this political will.” he said.

Upon the question about the EYT regulation, Çelik said that the regulation would come to the Parliament within 1 week, 10 days, and that it would be released at the end of January and at the beginning of February.

Çelik emphasized that the debt restructuring package arrangement was made in various countries and that it did not mean injustice to those who paid on time. 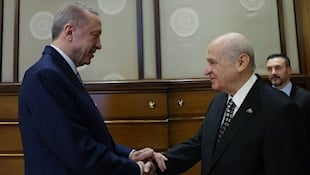 Tags: 14, AKP, Authority, Celik, description, from steel, his authority, If not resolved, May, Our President, President, resolved, spokesperson, statement, uses

“With ChatGPT and the emergence of artificial intelligence, the question of the scarcity of work and the future of pensions is relaunched”

Why should we see “Peter Grimes” at the Opéra Garnier?