The Law on Civil Servants and Some Laws, which envisages hiring 458 thousand 615 contract employees working in the public sector, and the Law on Amending the Decree with the Force of Law No. 663, entered into force after being published in the Official Gazette.

Those who work openly as a deputy imam-hatip and deputy muezzin-trustee will have to apply within 30 days from the date of entry into force of the regulation, get sufficient points from the Public Personnel Selection Exam, which is still valid, and be successful in the oral or practical exam.

Persons appointed to civil servant positions cannot be transferred to other public institutions and organizations for a period of 4 years. In the event that the need for foreign nationals, which arises as a result of the norm staff in the Ministry of National Education, cannot be met with the employment of permanent teachers, the services of teachers, those whose services will be needed part-time, Forensic Medicine Institute specialists, state conservatory artist faculty members, Istanbul Municipality Conservatory artists, certain foreign institutions and foreign organizations. Employees who will be employed in some services will also be able to be employed by contract in mandatory cases.

The examination and exceptions to be applied in the selection of contracted personnel, the upper limits of the wages that can be paid to them, the amount of end-of-work compensation to be given, the leaves to be used, the title and qualifications of the position, the termination of the contract, the cancellation of the positions, the employment issues and the contract separately for the personnel to be employed in foreign organizations. principles and procedures will be determined by the President.

The terms of the service contracts of the contracted personnel to be employed in foreign organizations within the scope of this paragraph shall be determined by the President of the Republic, without the condition of being limited to the financial year in compulsory cases.

In public administrations subject to the Civil Servants Law, contracted personnel may be employed to be employed in the position titles to be determined by the President, without requiring the job to be temporary. Among the contracted personnel employed in this context, those who have completed a 3-year working period in the same institution will be appointed to the civil servant cadres with the same title, if they make a request within 30 days from the end of this period.

The positions to be appointed by those who do not have the same title as their position title will be determined by the President. These personnel cannot be assigned to another place for 3 years, except for life safety and health reasons. Those appointed to civil servant positions will serve at the same place for at least 1 more year.

In this context, the terms of service of those appointed to civil servant positions in contracted personnel positions, provided that they do not exceed the degrees they can be promoted according to their educational status, will be evaluated in the determination of their earned rights monthly degrees and levels.

Those appointed to civil servant positions will be entitled to the financial and social rights of their appointed staff as of the beginning of the month following the date of their appointment, and there will be no set-off for the financial and social rights they received in their previous positions. In this context, no end-of-work compensation will be paid to those appointed to civil servant positions.

– Application within 30 days, assignment within 60 days

4B of the Civil Servants Law and some laws and decrees, with the exception of those who work part-time for less than 1 year, on certain days of the month or week or at certain hours of the day, and those who work in research and development projects of higher education institutions for a limited period of time. Contracted personnel and contracted personnel working in local administrations will be appointed to civil servant positions if they apply in writing within 30 days from the effective date of the law.

Contracted personnel within the scope of 4B and those appointed to civil servant positions from contracted personnel employed within the scope of special legislation provisions of institutions cannot be assigned to another place for 4 years, including the periods spent as contract personnel. Within a period of four years, the places of duty of those who have the right to relocate according to the legislation to which they are subject before being appointed to the civil servant staff can be changed with the time, procedures and conditions specified in the said legislation.

Before 28 November 2022, those who work within the scope of contracted personnel will be able to become civil servants.

Those who work in special provincial administrations, municipalities and their subsidiaries and local administration unions and meet the general requirements will be transferred to the civil servant cadre based on their employment as contracted personnel.

Those who apply in writing within 30 days will be appointed by their institutions within 60 days from the effective date of this article.

According to the law, those who have not lost their conditions for re-commissioning according to the relevant legislation will also benefit from the regulation, among those who have not been on duty on 28 November 2022 due to reasons such as military service, birth, adoption, assignment, unpaid leave. The application and appointment periods for these people will start from the date they are put back into service.

Contract artists who are constantly working in the Ministry of Culture and Tourism, General Directorate of State Opera and Ballet and General Directorate of State Theaters, and contracted personnel who perform the same or similar duties with them, having different financial and social rights within the scope of 4B, and employed within the scope of seasonal services for less than 1 year. are brought to the same status as artists who are constantly on duty.

According to this, the vacancies of the institutions will be used in the appointments. If there are not enough vacancies, the position will be deemed to have been created with the appointment. Appointments made in this way will be notified to the institution where the Public Personnel Information System is located, by specifying the title, number, organization and unit within 1 month following the appointment process. The Ministry of Culture and Tourism will be authorized to eliminate any hesitations that may arise in the implementation of this article.

– Assignment of contracted personnel in municipalities

It is also ensured that those who work openly as substitute midwives and nurses in the Ministry of Health are recruited. Accordingly, those who work openly as a substitute midwife and nurse and meet the general conditions in the law will be appointed to midwife and nurse positions by the Ministry, if they apply within 30 days from the effective date of the regulation. Pursuant to this article, those appointed to civil servant positions cannot be transferred to other public institutions and organizations for a period of 4 years. (AA) 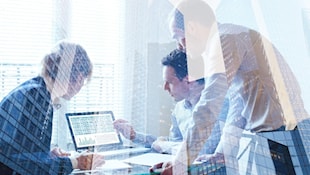 You may be interestedContracted staff enacted! What are the terms and who does it cover?

Municipal school year begins with a demand for 6,300 places in Early Childhood Education

Lawyers manipulated but not guilty, plead the defense at the trial of the two criminal lawyers and the drug trafficker

To life, to love

honors, records and other accomplishments of LeBron James

TV football program: at what time and on which channel to see tonight’s matches (February 8, 2023)?