Teachers who allegedly inflicted violence on a 2-year-old child in a private kindergarten in Istanbul appeared before the judge. The expression of the teacher in the child’s new nursery drew attention: “While he was sleeping, he said, ‘Are you going to be angry with me, are you going to beat me?’ she’s afraid.” 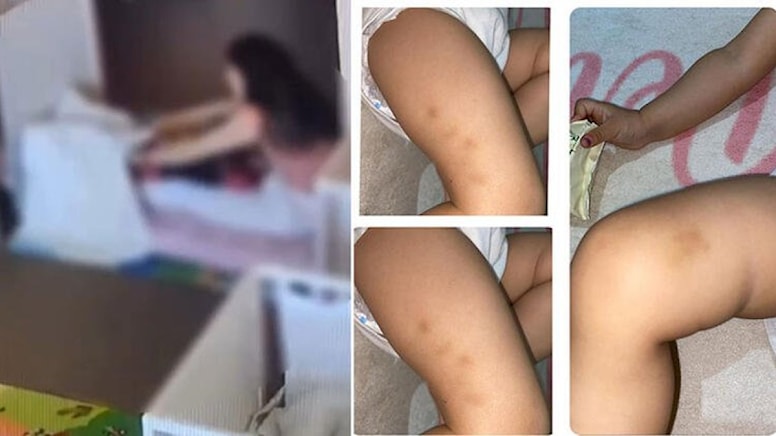 The first hearing of the case where two female officers were tried for allegedly beating a 2-year-old child in a private kindergarten in Zeytinburnu was held. Defendant Elif Yaren G., who made the defense, said, “The child was very active, he may have hit or hit him while playing. I certainly did not abuse or abuse the child. Since the room where we put the children to sleep was not dark enough, we covered their faces with thin gauze. We used to sing lullabies for them to sleep,” he said.

The defendants, Elif Yaren G. and Yasemin Ç., pending the hearing at the Bakırköy 13th Criminal Court of First Instance. joined. 2-year-old Ö.D.’s mother SA and the party’s lawyers were present in the courtroom.

2-year-old Ö.D.’s mother SA stated that she constantly saw bruises on her child’s legs and said, “I was constantly seeing bruises on my child’s legs. They didn’t say anything when I asked. My child was also unable to express himself. They were crying when they saw their teacher. I gave my child to kindergarten in January 2022. Approximately 1-2 months later, I saw redness in different parts of my child.

I went to the nursery and asked about the situation, I wanted to examine the images. Managers watched the footage, and when I saw that Yasemin, one of the defendants, was treating my daughter badly, I stopped watching the video and left the nursery. I filed a complaint a day later. I want the defendants in the presence to be punished,” he said.

“BECAUSE THE ROOM WAS NOT DARK ENOUGH, WE WAS COVERING THIN TULBET ON HIS FACE”

Saying that she works as a teacher in a kindergarten, Elif Yaren G. said, “I was interested in the care of children. The boy was coughing the last day he came. There was a group where we wrote about the problems with children, there are families there.

We informed her mother that day. His mother came and took the child and left. He stayed in the nursery until noon that day. We did not know that your mother came later and watched the footage. There is 4 days between the time that the mother takes her child from the nursery and complains.

These rashes were new. Bruising and redness may have occurred during this time. The child was very active, he may have bumped or hit while playing. I certainly did not abuse or abuse the child.

Since the room where we put the children to sleep was not dark enough, we covered their faces with a thin gauze. We were opening lullabies for them to sleep,” he said. 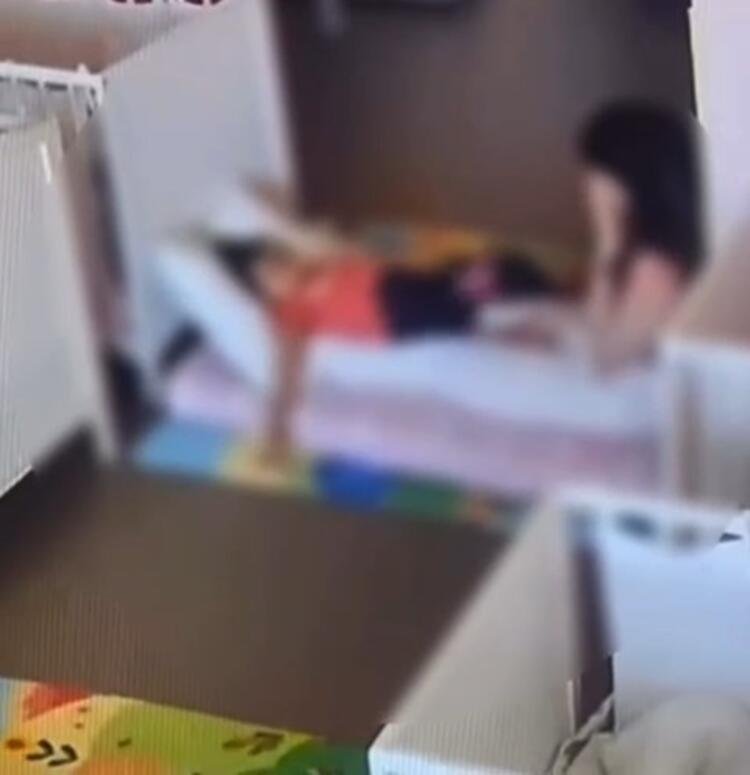 “I HAVE NEVER USED THE CHILD WITH DARP AND VIOLENCE”

Defendant Yasemin C. In his defense, he said, “I was interested in the education aspect of children. I was the group problem. Elif teacher was taking care of maintenance work. I did not inflict any form of assault or violence on the child. It is also seen in the footage that I tried to put the child to sleep for an hour. The child had trouble sleeping. His mother also knew. His mother even talked to a psychologist at our school about this. I certainly did not mistreat the child. After this incident, I resigned,” he said.

“WHILE THE CHILD IS SLEEPING, ‘ARE YOU AGAINST ME? WILL YOU BEAT ME?’ HE SAID”

In his statement, Şeymanur S., who was heard as a witness, said, “I worked for two months at a different time at the school where the victim child experienced the incident. After the incident, the victim child started the kindergarten where I work now. As he was about to go to sleep, the boy asked, “Are you going to be angry with me? Are you going to beat me up?” he was saying.

I found out the reason for this after I asked her mother. The victim child did not talk about the defendants concretely, but kept his head down. He acted as if he was going to be hit all the time.” The complainant’s lawyer wanted the defendants to be punished. The lawyers of the accused, on the other hand, demanded that their clients be acquitted by stating that they were innocent.

The court postponed the hearing, giving the parties time to prepare the witnesses they wanted to be heard until the next hearing.

In the indictment prepared by the Bakırköy Chief Public Prosecutor’s Office, it was stated that SA’s daughter went to the nursing home in Zeytinburnu on April 28, 2022, that her daughter had bruises on her leg when she came from the nursery, and therefore she filed a complaint against the school officials.

In the report received from the Forensic Medicine Institute in the indictment, Ö. It was stated that D. was not life-threatening and was injured in a way that could be remedied with a simple medical intervention. In the indictment, the expert report examining the images was also included.

In the report, officials Elif Yaren G. and Yasemin Ç. It was stated that while shaking the little girl by her foot, they grabbed the child’s foot and shook it in this way, but they were angry with the child because the child did not sleep, and they quickly lifted the child with the pillow and put it back on his feet.

In the continuation of the footage, it was reported that they shook the child quickly, holding his hand and feet, both women were angry with the child and did not allow the child to move his feet. It was stated in the indictment that Elif Yaren G. and Yasemin Ç. pressed on her head with a pillow when the child did not sleep, and pressed her hands and feet by covering her face, and that there was sufficient evidence to file a lawsuit. Elif Yaren G. and Yasemin C. It was requested that they be sentenced to imprisonment from 1 year, 6 months to 4 years and 6 months, separately for the crime of “deliberate injury”. (DHA)